The small, coastal community of King Salmon in Humboldt County, California is likely at the highest risk of relative sea-level rise on the entire U.S. West Coast. Relative sea-level rise includes vertical land motion, in addition to changes in water level. King Salmon experiences rising waters at a rate nearly three times the global average because the land is sinking due to tectonic activity (earthquakes).
This community experiences flooding regularly, today. Like the rest of the world, it’s projected to get worse, and at an accelerated rate. In addition to water intruding from the Humboldt Bay, King Salmon also experiences flooding when groundwater rises with changing tides and storm surges. Plus there’s a nuclear plant there that ceased operations in 1976, where spent nuclear fuel is still stored on site, vulnerable to inundation. The average income within the community remains low, so many are unable to afford adaptation methods, multiplying the threat of rising seas.
Read more ...

As scientists throughout the world describe the mounting impacts from climate change and the accelerating timeline in which they’re expected, KEET sits down with three local experts to discuss what Humboldt County can expect in the decades ahead. The county, these officials warn, will be among the worst hit in the state. 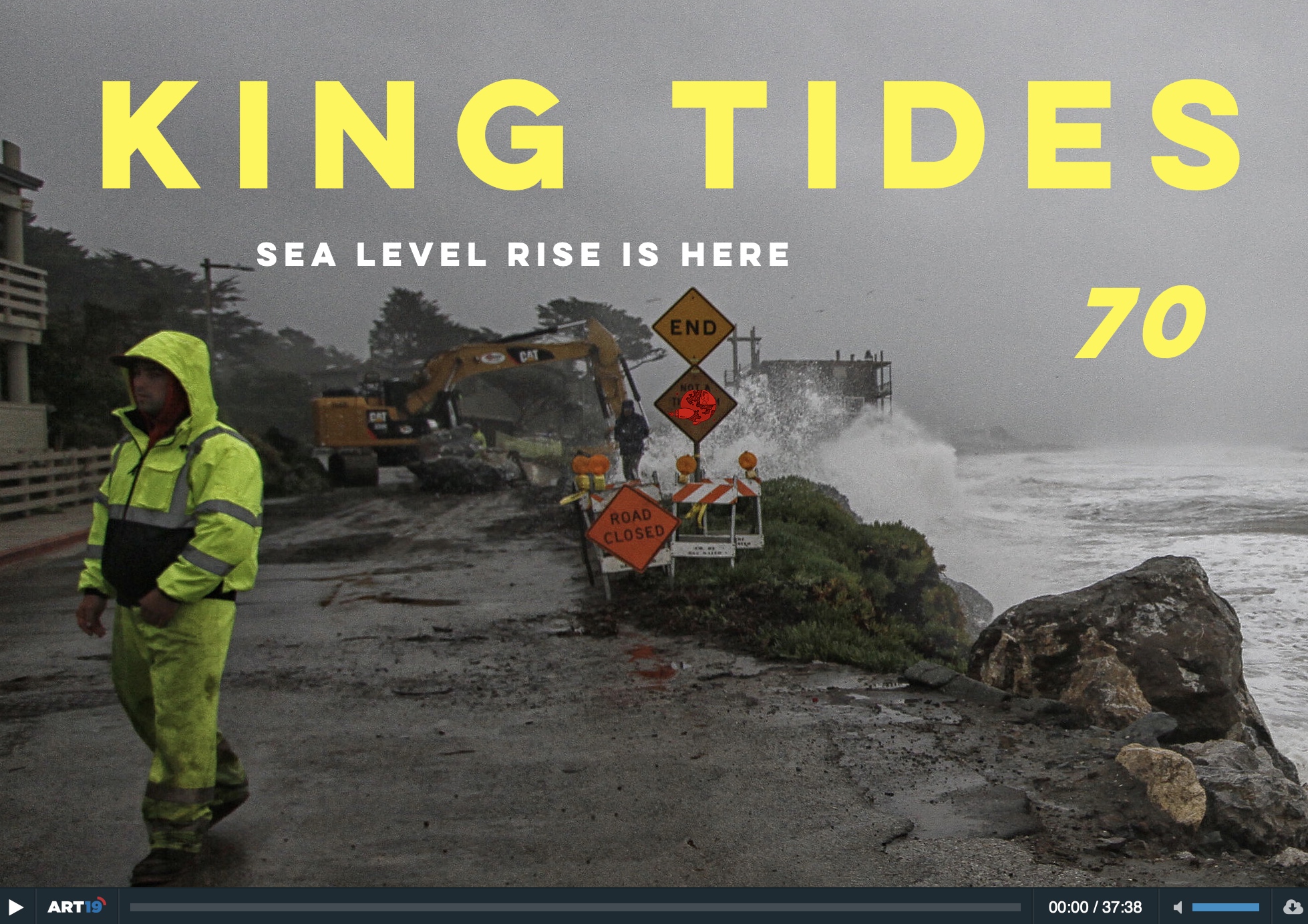 Baykeeper's Jen Kalt talks about the Humboldt Bay area, which is experiencing twice the rate of sea level rise as the state average.

Staff members of the Nuclear Regulatory Commission — at least those well-spoken gentlemen who hosted a public meeting on Aug. 26 at the Wharfinger Building — would assure you that the nuclear waste should be very far down on that worry list. But some members of the public would tell you otherwise. That clash of viewpoints made for a very interesting two hours.

The original purpose of the meeting was to satisfy some pro forma requirement for public interaction, a necessary task to check a box on a bureaucratic to-do list. However, not a half hour in, some very concerned folks had seized control of the agenda and were letting the NRC and the PG&E public relations officer know exactly what they thought — and feared — about the legacy of Humboldt's experiment with nuclear energy.

In the 1950s, atomic energy was touted as the solution to all America's energy needs. In 1960, PG&E began construction of a nuclear power plant next to its existing conventional power plant at King Salmon. It went on line in 1962 at a cost of $33 million. Fifteen years later, PG&E took the plant off line, estimating at that time the cost of decommissioning would be $382 million. Fortunately, rate-payers had been contributing to this fund each month as we paid our monthly power bills. Apparently, we will continue to be paying for quite some time, as the final cost of decommissioning is now estimated at more than $1 billion.

The Nuclear Regulatory Commission called a meeting in Eureka this week to collect community input about the Community Advisory Board’s (CAB) efforts to assist with the Humboldt Bay Power Plant’s decommissioning. CABs typically consist of an organized group of citizens interested in safe decommissioning practices and spent fuel management, and are usually sponsored by the local licensee or mandated by the state legislature. Responsibilities may include reviewing decommissioning plans, providing feedback, serving as a forum for public education, making recommendations and considering plans for future reuse of the site.

Ultimately, after similar meetings across the country, the NRC will create a report for Congress to guide the development of future community advisory boards. Community members generally praised PG&E’s engagement, but called for better education of board members. “Any future CAB should have an educational framework,” longtime Humboldt Bay CAB member Mike Manetas said. “It’s such a complex and complicated issue.”

Jen Kalt of Humboldt Baykeeper, CAB member since 2013 and longtime Surfrider ally, sent an email blast out prior to the meeting, noting that the underground casks containing the spent fuel rods and dismantled nuclear reactor were designed to last about 50 years, and the PG&E Decommissioning Fund is only funded through 2025.

“What will happen after that?” Kalt asked. “What are the NRC's plans in case of an emergency?” At the meeting, she highlighted the risks posed by sea level rise, relaying how planners ignored the North Spit tidal gauge measurements when building the storage facility that would house the spent fuel. The readings spun so far above expectations that researchers assumed the gauge was wrong – and then further studies proved the opposite. Not only is the sea rising, but the lands around Humboldt Bay are sinking. “King Salmon is literally ground zero,” Kalt said.