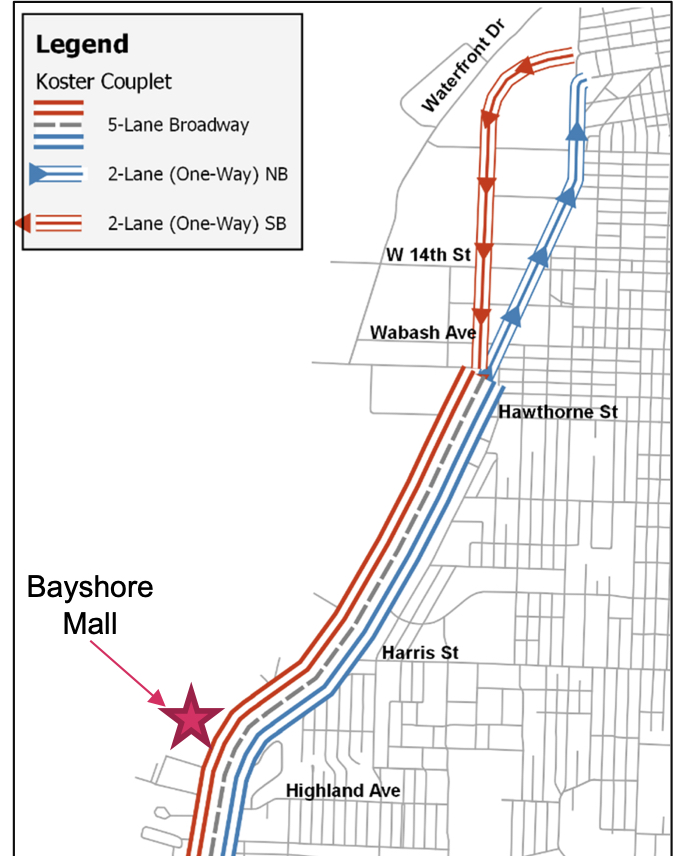 On Tuesday, August 25 at 6:30pm, the City of Eureka and its partner agencies will hold workshop #2 on the Eureka 101 Broadway Multi-Modal Corridor Plan, which intends to reduce congestion by "providing more transportation choices...while preserving the character of the local community and creating opportunities for neighborhood enhancement projects."

Four alternatives are still under consideration, including the "Koster Couplet" - a new road through the Balloon Track, the contaminated former rail yard that was proposed for a shopping center more than a decade ago. Others were eliminated after the public expressed opposition to building a new road (once known as the Waterfront Drive Extension) through protected coastal wetlands.

The best approach is to improve the existing South Broadway Corridor rather than building new roads in low-lying areas at risk from sea level rise.

The Balloon Track also contains coastal wetlands, including Clark Slough, which provides important tidal habitat for juvenile Dungeness crabs and other aquatic species. A 2017 internal CalTrans memo cautioned that “Besides the briefly discussed environmental issues, be aware that this site has been the subject of politics and lawsuits by environmental groups. These activities will likely renew if the project is launched and will assuredly cause scheduling difficulties…Similar projects to mitigate contamination of railway properties have cost the project proponents tens of millions of dollars and taken several decades to accomplish.”

Alluding to Baykeeper’s 2006 lawsuit, among others, CalTrans seems well aware that the Balloon Track cleanup was never done - and will take many years to complete.

or join via telephone/one tap mobile: