Protecting Our Coast and Ocean from Climate Change

Climate scientists predict that increases in temperature, storm intensity, wildfires, and droughts will cause ecological and social instability in the not-so-distant future. Climate change has already significantly altered California’s coastal watersheds and marine ecosystems.  The most immediate impacts are sea level rise and ocean acidification. 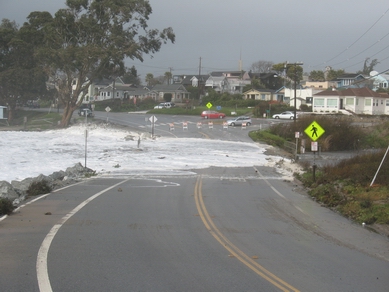 Sea level is projected to rise at least 16 inches along the California coast by 2050, with a 50-inch rise predicted by 2100. The primary impacts from sea level rise are increases in flooding and erosion. Sea level rise will expand the area vulnerable to flooding during major storms, as well as in the rare but catastrophic event of a major tsunami.

The term 100-year flood is used as a standard for planning, insurance, and environmental analysis.  People, infrastructure, and property are already located in areas vulnerable to flooding from a 100-year event. Sea level rise will cause more frequent—and more damaging—floods to those already at risk and will increase the size of the coastal floodplain, placing new areas at risk to flooding.

A recent analysis prepared by the Pacific Institute estimates that critical infrastructure, essential coastal wetlands and other habitats, and many billions in property along the coast face steadily increasing flood risks if no adaptation actions are taken.

Threats to Humboldt County from a 1.4 meter rise in sea level include: 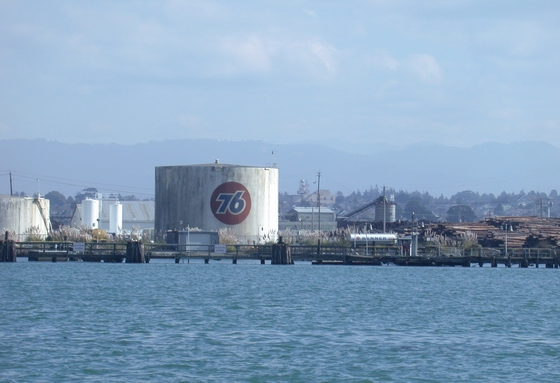 There is some good news: with long-term planning, Humboldt County has a high potential for wetlands to migrate inland rather than being completely lost to coastal inundation. Wetlands contribute to the health of Humboldt Bay but also serve to absorb storm surges, thereby minimizing flood damage on higher ground, so protecting inland areas to allow wetland migration is critical.

The Pacific Institute has developed maps predicting the future impacts of sea level rise on coastal California, including the Humboldt Bay area:

Despite growing information about the risks and threats of climate change, few adaptation measures have actually been undertaken at either the state or local level. The longer the state waits, the more likely it becomes that "adaptation" to erosion and inundation will be property and natural habitat damage, or coastal armoring that only sends the problem somewhere else.

In December 2009, the California Natural Resources Agency and Climate Action Team released its California Climate Adaptation Strategy, which outlines a suite of potential adaptation strategies that the state should consider to mitigate climate change impacts. Many of these climate adaptation decisions will rest with regional and local agencies and will need to be implemented through local land use plans.  All levels of government must start implementing adaptation measures before economic and environmental impacts escalate.  Humboldt Baykeeper is working with the California Coastkeeper Alliance to encourage coastal communities to prepare adaptation action plans that address sea level rise impacts and enhance the natural adaptive capacity of coastal ecosystems.