State Senator Mike McGuire’s office is drafting legislation that would completely dissolve the North Coast Railroad Authority, the state agency that has run the mostly moribund railroad line between Humboldt County and the Bay Area for nearly 30 years.

In its place, McGuire’s draft legislation would create a new state body — the “Great Redwood Trail Agency” — to manage railroad assets between here and Willits. The agency would be charged with railbanking the line and eventually building a multiuse trail on the right-of-way.

McGuire’s draft legislation comes at a time when the North Coast Railroad Authority is facing intense scrutiny from state oversight agencies. In December of last year, the California Transportation Commission called on the state legislature to form a special commission to hash out the future of the authority, whose operating budget comes almost entirely from the sale and lease of publicly owned real estate assets. No trains have run north of Sonoma County for the last 20 years.

In addition, the authority has gone rogue in the last year. Despite being an agency of the state, it has asked the United States Supreme Court to overturn a state Supreme Court decision that held it to state environmental law. The U.S. Supreme Court has yet to decide whether it will hear the petition.

The California Coastal Act for decades has scaled back mega-hotels, protected wetlands and, above all, declared that access to the beach was a fundamental right guaranteed to everyone.

But that very principle could be dismantled in the latest chapter of an all-out legal battle that began as a local dispute over a locked gate in San Mateo County.

On one side, property owner and Silicon Valley billionaire Vinod Khosla wants Martins Beach, a secluded crescent-shaped stretch of sand and bluffs, to himself. On the other, generations of beachgoers demand continued access to a path long used by the public. The squabble has spurred a spate of lawsuits that now focus on whether Khosla needs state permission to gate off the road — and a string of California courts has said he does.

Unwilling to back down, Khosla is now appealing to the U.S. Supreme Court over his right to shut out the public. His latest argument not only challenges the constitutionality of the Coastal Act — if taken up by the nation's highest court, it would put into question long-established land use procedures and any state's power to regulate development anywhere.

Ralph Faust, who was the commission's general counsel from 1986 to 2006, said said a striking difference between the Nollan case and Martins Beach is that Khosla is challenging the Coastal Act "as written, not as it's applied."

Nollan applied for a permit but didn't like the stipulations the commission required, so he challenged them, Faust said. Khosla is skipping that step altogether and arguing that the requirement to seek a permit — as well as the state court injunction to maintain the status quo of keeping the gate open while the matter is being decided — violates his rights as a property owner.

"That's a pretty stunningly broad attack on state government," Faust said. "If he were to win on that and just get a declaration that the Coastal Act could not possibly be constitutionally interpreted to require a permit for that kind of development — that would be just huge."

The Nollan case unfolded in unexpected ways and to this day affects the way access rights are argued and how land should be set aside for the public, Faust said. Should the Supreme Court take up Khosla's appeal, the implications are beyond imaginable.

"Just because you think you know what the situation is when you're talking about a case, doesn't mean that's how it's going to look if the Supreme Court actually decides something," he said.

"These things take on a life of their own."

Seven cities and community services districts have backed the Humboldt Bay Municipal Water District’s appeal of a controversial Mercer-Fraser Company project that seeks to build a cannabis manufacturing facility along the Mad River near Glendale.

The water district is appealing the Humboldt County Planning Commission’s January approval of the project, claiming it has the potential of contaminating drinking water for 88,000 county residents because of its proximity to one of the district’s water pumps on the Mad River.

This month, the boards and city councils for all seven of the water district’s municipal customers — Eureka, Arcata, Blue Lake, and the McKinleyville, Manila, Fieldbrook-Glendale and Humboldt community services districts — voted to support the appeal.

“It shows that 100 percent of our customers are concerned about the issue,” Humboldt Bay Municipal Water District General Manager John Friedenbach said Wednesday, “and that they’re concerned about the quality of the water supply for the constituents and that it’s a serious issue for the Board of Supervisors to consider.”

When the appeal will go before the Board of Supervisors is up in the air. County Planning and Building Director John Ford said that there is no date set for the appeal. 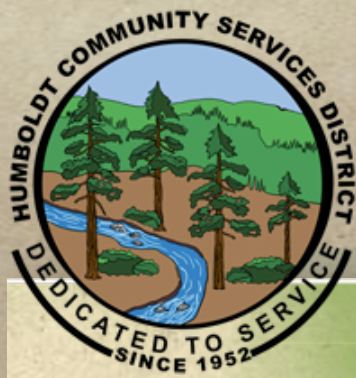 Last night, the Humboldt Community Services District voted 3-1 (with Frank Scolari opposed and Alan Bongio abstaining) to support an appeal by the Humboldt Bay Municipal Water District of a zoning change adjacent to the Mad River that would allow a cannabis manufacturing plant near the wells that supply drinking water to 88,000 residents. HCSD purchases drinking water from the HBMWD, and distributes it to customers in Cutten, Mitchell Heights, and other neighborhoods just outside Eureka city limits. HCSD is the fifth drinking water supplier to support the appeal, following Eureka, Arcata, Blue Lake, and the McKinleyville Community Services District.

The Eureka City Council on Tuesday evening directed city staff to draft a letter supporting an appeal against a proposed cannabis manufacturing facility near the Mad River in the Glendale area.

The proposed 5,000-square-foot volatile and nonvolatile cannabis manufacturing facility is on a Mercer-Fraser Company-owned parcel adjacent to Humboldt Bay Municipal Water District collection wells that supply water for about 88,000 residents around Humboldt Bay. A gravel extraction facility has been operating at the site for decades.

In 2016 MCMP Humboldt, LLC — a business entity associated with Mercer-Fraser, Gerving said — submitted an application to the county to rezone the site of the proposed project from “agriculture general” to “heavy industrial with a qualified combining zone,” which included a special permit to develop and operate a cannabis manufacturing facility.

“This is too great of a risk for us to be willing to take,” Councilwoman Kim Bergel said.

“When it comes to our water, we want to be involved,” Councilwoman Heidi Messner said.