Details
Will Houston, Times-Standard
In the News
Last Updated: 28 November 2014

With its local coastal development program last updated in 1989, Arcata has been working to incorporate sea level rise into its future development standards and will provide an update on its efforts next week at the California Coastal Commission’s meeting in Del Norte County.

(Arcata, CA) – The California Coastal Conservancy awarded the City of Arcata an $86,000 Climate Ready Grant on Wednesday. The grant will fund design and permitting of fringe salt marshes or “living shorelines” to protect vulnerable City facilities including the wastewater treatment plant, Klopp Lake and coastal access at the Arcata Marsh and Wildlife Sanctuary. Arcata is one of 20 cities, counties and nonprofit organization awarded funds to reduce risks from the warming climate and rising sea levels.

King tides are exciting: The ocean creeps up and up into our faces, higher than usual, until we can’t help but stop in the middle of the Eureka Slough Bridge to gaze and wonder, “Where’d that skinny island go?” And then, driving around Humboldt Bay, we marvel at the overtopped dikes and waterlogged bay islands and other high-nibble shores.

Real exciting — and unnerving to imagine in conjunction with sea-level rise.

Well, here’s your task, you morbid water watchers: Some mighty king tides are coming in a few days, and Humboldt Baykeeper wants you to volunteer to go out there and document what happens at “vulnerable areas of the bay’s shoreline,” as it notes in a news release.

Details
Will Houston, Times-Standard
In the News
Last Updated: 19 January 2014

No major flooding expected due to good weather

The highest and lowest tides of the year — commonly known as king tides — will hit North Coast beaches this week, but won’t cause as much of a splash as in previous years, according to National Weather Service meteorologist Alex Dodd.
“We’re not expecting any major coastal flooding like what happened in 2005 and 2006,”Dodd said. “But on places like the jetty and steeper beaches, the water level will be substantially higher.”

This year’s king tides are predicted to range from 8.29 feet to 8.65 feet above the Mean Lower Low Water mark — lower than the average of 8.79 feet — and will mostly remain at those heights due to good weather, Dodd said.

“We have a great big ridge of high pressure that has kept any storms well to our north,” Dodd said. “Fortunately or unfortunately, depending on your perspective, we won’t have any rain or southerly winds during that time, so the tide levels will be close to what’s being predicted.”

For Humboldt Baykeeper policy director Jennifer Kalt, king tides provide a visualization of the impacts of rising sea levels on habitats and infrastructure near Humboldt Bay.

“The Humboldt Bay area has a lot of really low-lying areas and double the sea rise effect due to its seismic activity,” Kalt said. “It’s a problem happening right now. It’s not going to happen slowly over time.”

As a way to display these impacts, Humboldt Baykeeper started their King Tide Photo Initiative in 2012 to create a visual database illustrating how the temporary rise in sea level caused by king tides can effect areas near the bay. The photos are mainly submitted by volunteers who photograph structures being hit by the abnormally high tides.

Kalt said that the issue of sea level rise will go beyond infrastructure.

“We’ve already lost about 90 percent of our coastal wetlands,” she said. “All the salt marshes in Humboldt Bay have levees that won’t be able to sustain the amount of water. As the sea level rises, the wildlife living in the wetlands and eelgrass beds will have to move inland.”

Aldaron Laird, an environmental consultant for the Humboldt Bay Sea Level Rise Adaptation Planning Project, said that it is important for people to see king tides for themselves.

“I encourage people to go out to Humboldt Bay to see how full the bay is with just 1 foot of sea level rise,” Laird said. “Humboldt Bay is pretty much filled to capacity — it won’t have the ability to contain 2 or 3 more feet.”

Laird’s study also showed that since 1977, 12 king tide events have exceeded the average of 8.79 feet for Humboldt Bay, with seven of those occurring since 2000.

Dodd said he has not seen any abnormal changes in king tides over the years, but said sea level rise will have an impact on them.

“The common sense answer is if the sea level rises, then that is going to result in a higher water level and tides on top of that,” he said.

Those interested in participating in the Humboldt Baykeeper King Tide Photo Initiaive are asked to contact the organization online at This email address is being protected from spambots. You need JavaScript enabled to view it. or call 707-268-8897. 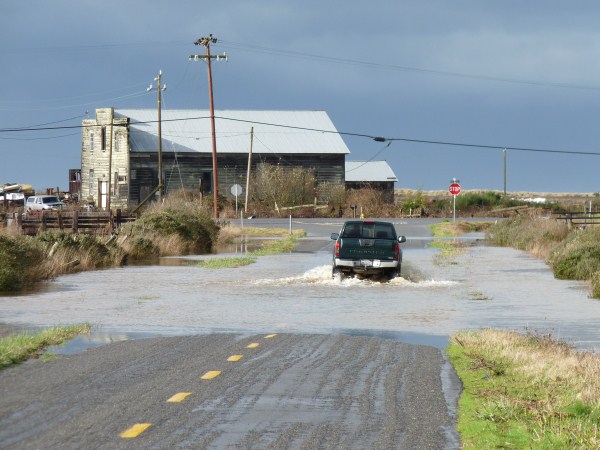 The Humboldt Bay Harbor, Recreation, and Conservation District and Humboldt County Public Works Department invite the public to an informational meeting on planning for the potential effects of sea level rise around Humboldt Bay. The meeting will be held on Tuesday, November 12, from 6 to 8 p.m. at the Humboldt Bay Aquatic Center, room 203, 921 Waterfront Drive, Eureka.