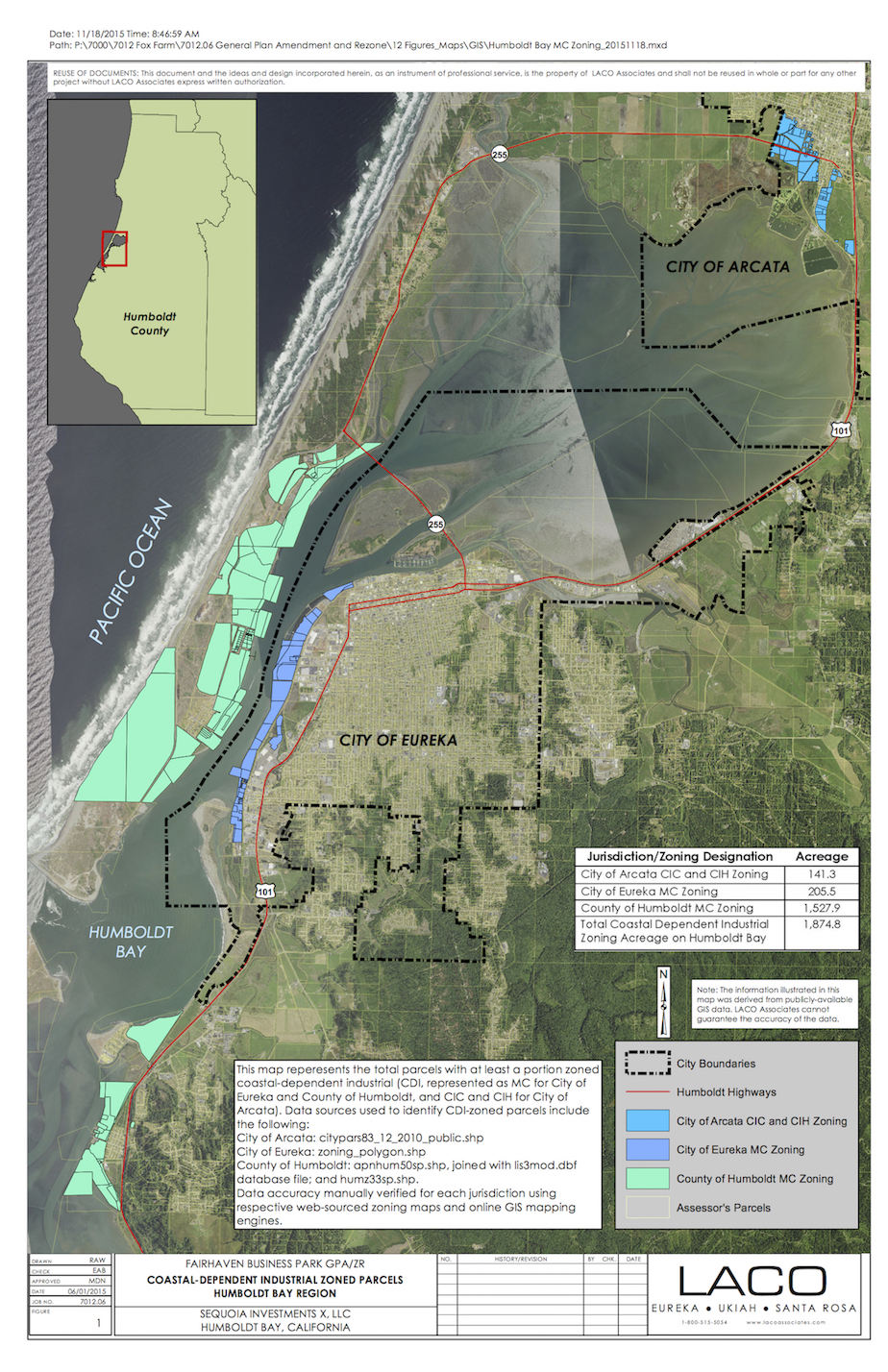 Humboldt County is considering changes to its Coastal Plan that would provide more flexibility in uses allowed in the Coastal-Dependent Industrial ("MC") zone. Parcels under discussion are on the Samoa Peninsula, in Fields Landing, and King Salmon.

How the Harbor District Found Itself in the Middle of Humboldt’s Most Bitter Political Fight - Ryan Burns, Lost Coast Outpost. April 29, 2016