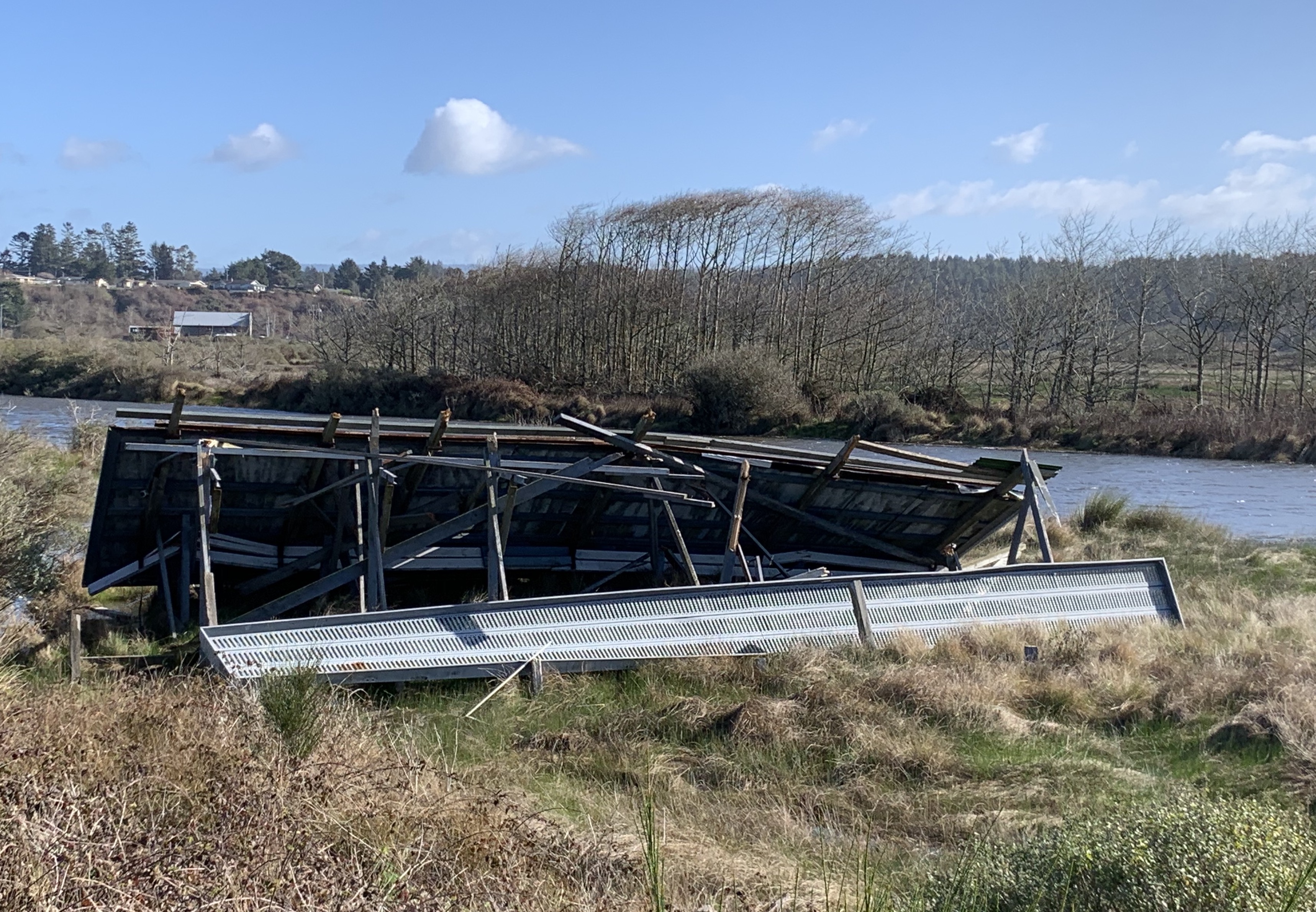 UPDATE: Last night, the Humboldt County Planning Commission voted 4-1 to postpone the Special Permit on the fallen Elk River billboard until more information is provided. No new hearing date was scheduled. Commissioner Bongio voted no after making it clear that he wanted to approve the permit without additional information. The County has tentatively set another hearing date for April 16. We'll keep you posted!

The County's staff recommendation to approve a permit to rebuild the billboard that fell into the Elk River wetlands on Nov. 27 is a case study in the compartmentalization and contortions of local and state regulations - but don't worry, we spent a rainy Sunday afternoon cozied up to the computer so we can boil it down for you!

We urge the County Planning Commission to deny the Special Permit for several reasons:

1. Billboards aren't allowed in coastal wetlands, flood zones, or the right-of-way of a highway - but this one is in all of the above!

2. The County recommends approving the permit based on the claim that impacts will be minimal, since the proposal is to rebuild using the same footings. Yet CalTrans says the billboard will have to be moved out of the highway right-of-way, and the entire property is coastal wetlands.

3. Billboards aren't allowed except in commercial and industrial zones, so the Planning Commission can't make the required "finding" that the permit is consistent with the zoning (which is either Natural Resources, Agriculture Exclusive, or Public Facilities - the County isn't sure!).

There are other reasons to oppose billboards in scenic areas like the Elk River wetlands. Regardless of your reasons for objecting, we hope you will join us in urging the County Planning Commission to deny the Special Permit for this billboard.

To submit a comment via email, write to This email address is being protected from spambots. You need JavaScript enabled to view it. and your comments will be distributed to all of the Commissioners.