On Sunday, May 23rd the Western Alliance for Nature held simultaneous demonstrations in all coastal counties of California to protest the International Whaling Commission’s proposal to lift a 1986 moratorium and allow commercial whaling to resume.

Sign the petition to President Obama asking him to keep his promise to oppose whaling and direct the U.S. delegation to the IWC to support the continuation of the moratorium.

Call the White House: 202-456-1111 and tell the President to oppose the IWC proposal to allow the resumption of commercial whaling and ask him to support Senator Kerry's legislation supporting the retention of the moratorium on whaling. 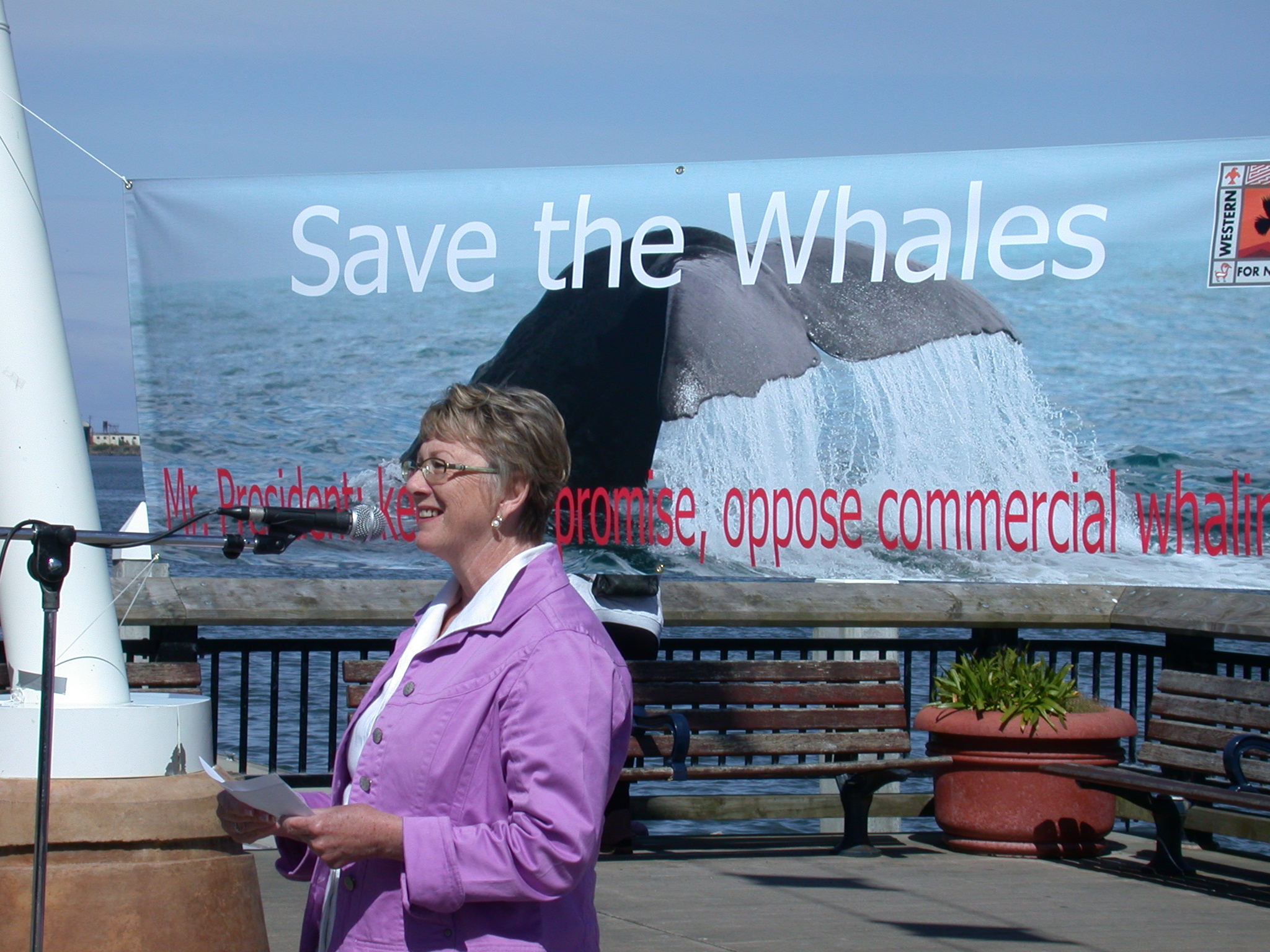 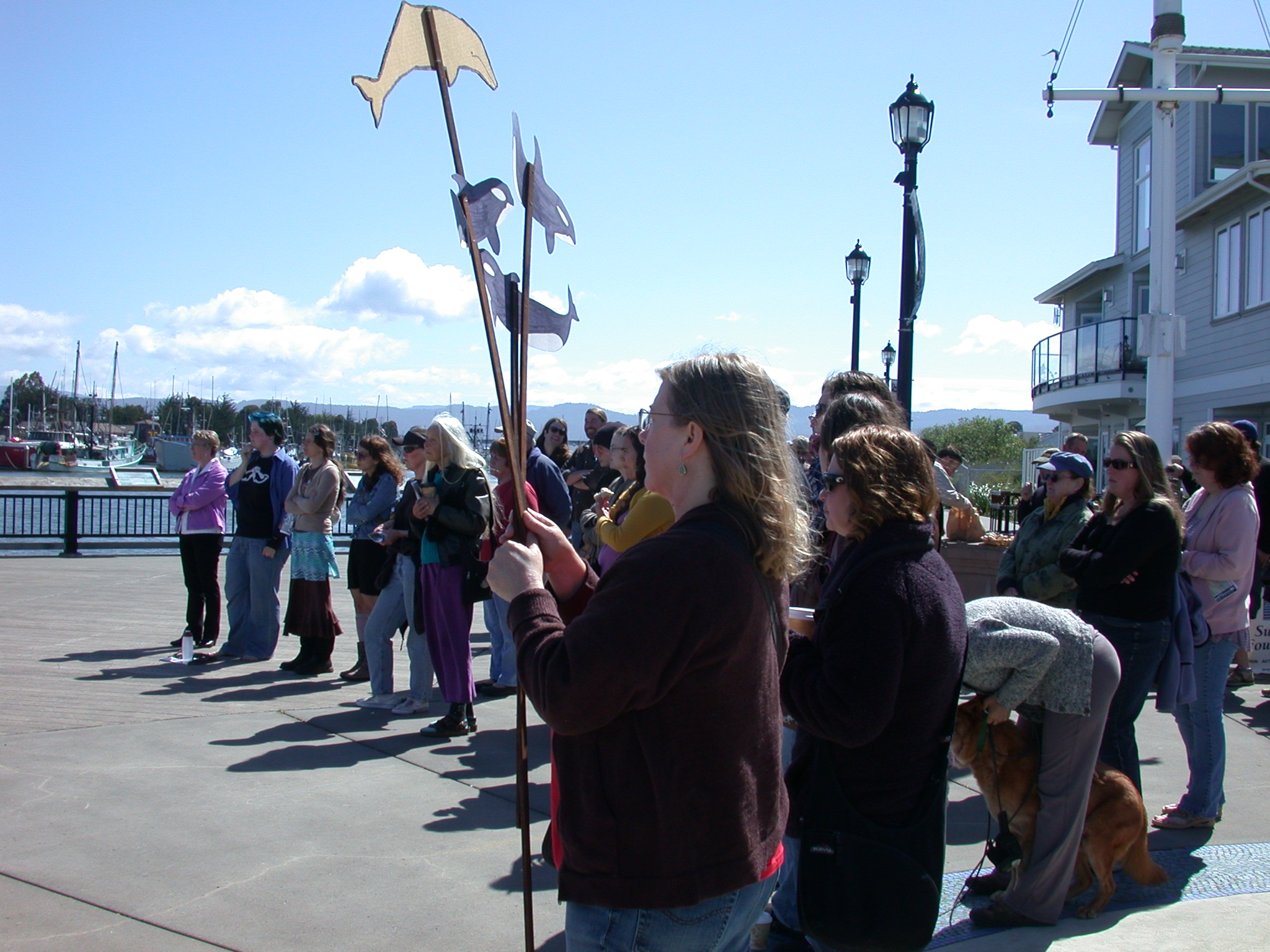 Humboldt County's Save the Whales rally was held on May 23 at the F Street Plaza on the Eureka waterfront.

On April 15, 2010, the U.S. announced that it was leading an effort to broker an agreement that would allow the commercial hunting of whales for the first time since 1986, when the International Whaling Commission (IWC) enacted a ban on commercial whaling.

Since the whaling moratorium was enacted, several species of whales have made a slow recovery from the brink of extinction. Countries like Norway, Iceland and Japan have continued whaling while lobbying vigorously for an end to the ban.

The IWC will meet and vote on this proposal at its June meeting in Morocco. President Obama campaigned on the promise to continue to be a leader in conservation, saying in 2008 that 'allowing Japan to continue commercial whaling is unacceptable.' We need to hold him to that pledge.

The IWC proposal would legitimize commercial whaling by suspending the moratorium in exchange for loosely enforced quotas based on recent catch data, not sound science. The proposal would leave enforcement of these quotas to the very same nations—Japan, Iceland and Norway—that have been violating the current moratorium on commercial whaling. It would give Japan license to kill whales in the Southern Ocean Whale Sanctuary in addition to its coastal waters, putting sensitive whale populations and non-target species at great risk.

As part of the 'deal' to allow the resumption of commercial whaling, the IWC Scientific Committee will meet on May 30th to decide on quotas for the Gray Whale. The IWC members have drawn up an agreement which could see a quota of 145 Gray Whales a year being hunted and killed for 10 years without periodic review and without current abundance estimates.

Tell your congressperson to oppose the setting of quotas for the California Gray Whale without a current abundance estimate and without the ability to review those quotas for 10 years.