Since 2005, our Water Quality Program has documented conditions of local streams and sloughs to identify problem areas for future monitoring and to pinpoint pollution sources so we can work to reduce or eliminate them. Thanks to the dozens of dedicated volunteers and partners who help make our program successful!

The first major rainstorm of the 2009-2010 water year arrived on October 14. In our 5th year comparing First Flush with Dry Weather levels, fecal coliform levels were again quite high in many of the creeks sampled. 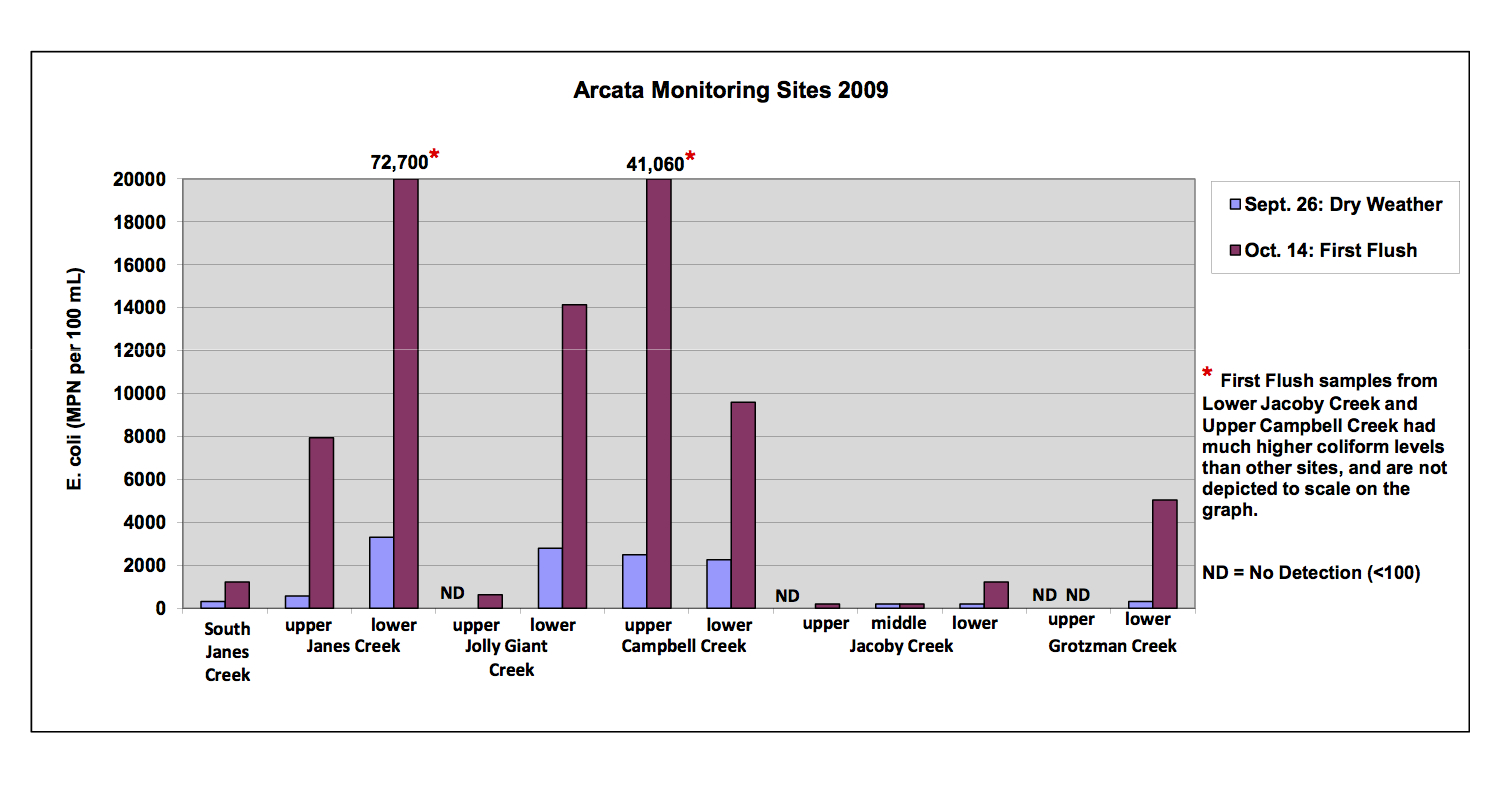 Click HERE for results from some of the 17 Arcata sites sampled by our network of volunteers participating in the Citizens Water Quality Monitoring Program.

Sites in Eureka and McKinleyville were also tested during the 2009 First Flush event. For information on other First Flush results, contact jkalt [at] humboldtbaykeeper.org.

These maps show the locations of the sites we've monitored for water quality since 2005. Click on the images to enlarge.

On November 28, 2007, a truck headed to service Pacific Lumber’s diesel equipment in Elk River fell off a bridge over Freshwater Creek, spilling approximately 150 gallons of diesel and smaller amounts of motor oil, used oil, lubricants, brake and transmission fluids. The Steve Wills Trucking Company driver and passenger were fortunately uninjured, and emergency responders managed to pump out much of the truck's diesel load before it reached the creek. But the crash raised questions about oil spill response for inland waters on the North Coast. 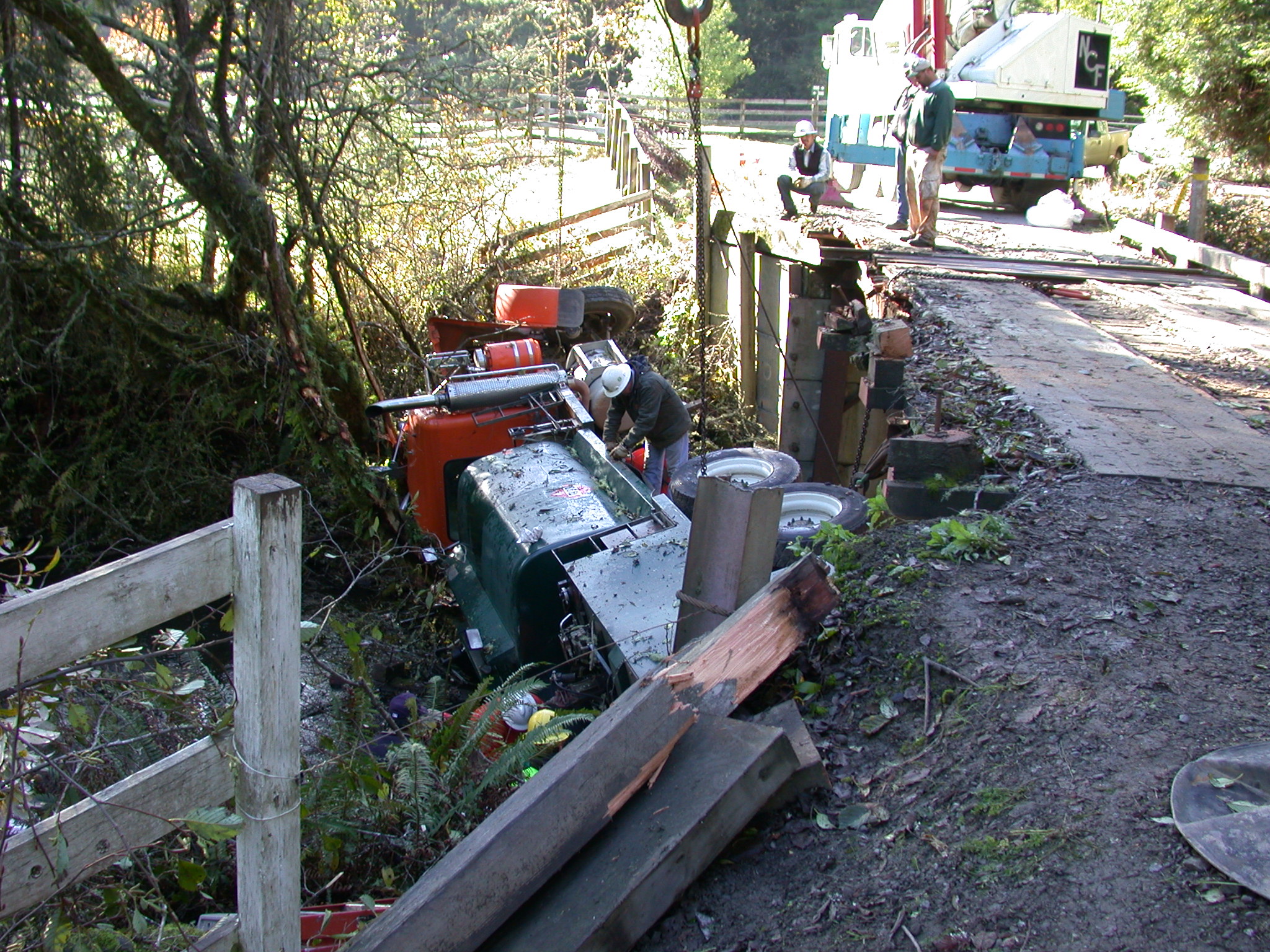 Baykeeper staff and volunteers collected water samples for five days, beginning 15 hours after the spill. Some components of diesel were transported rapidly downstream, while other components evaporated, contributing to the powerful fumes that remained along the creek for days. The heavier components tightly adhered to leaves, rocks, gravel, and eventually to aquatic organisms. These components are of long-term concern to salmonids and other fish, since they accumulate in pools and side channels where fish tend to spend time resting and feeding on aquatic insects.

Thanks to the dedicated water quality volunteers who helped with the sampling efforts, we were able to make a difference.

If you'd like to make a donation to help cover the costs of the sampling, please click here. 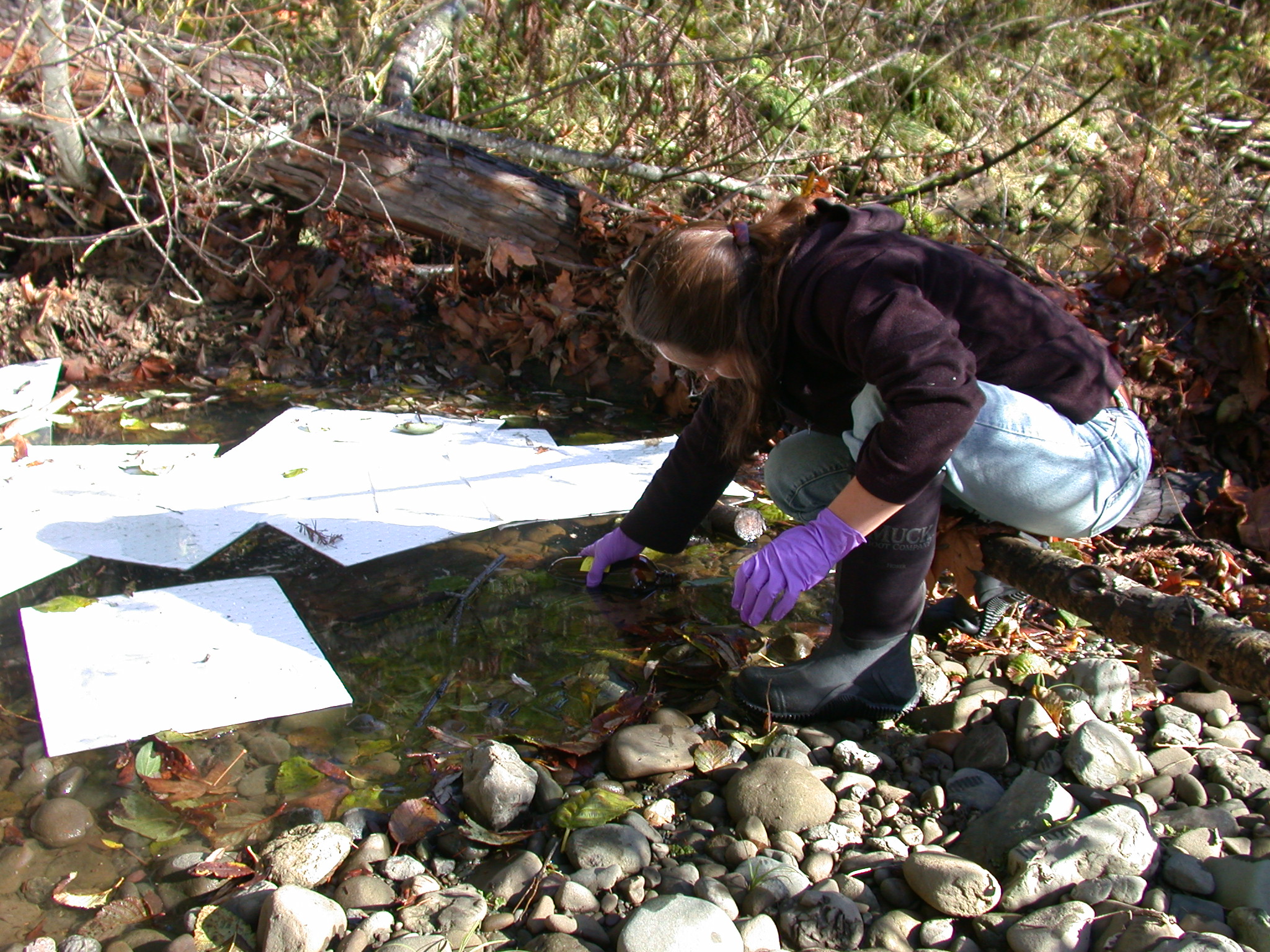 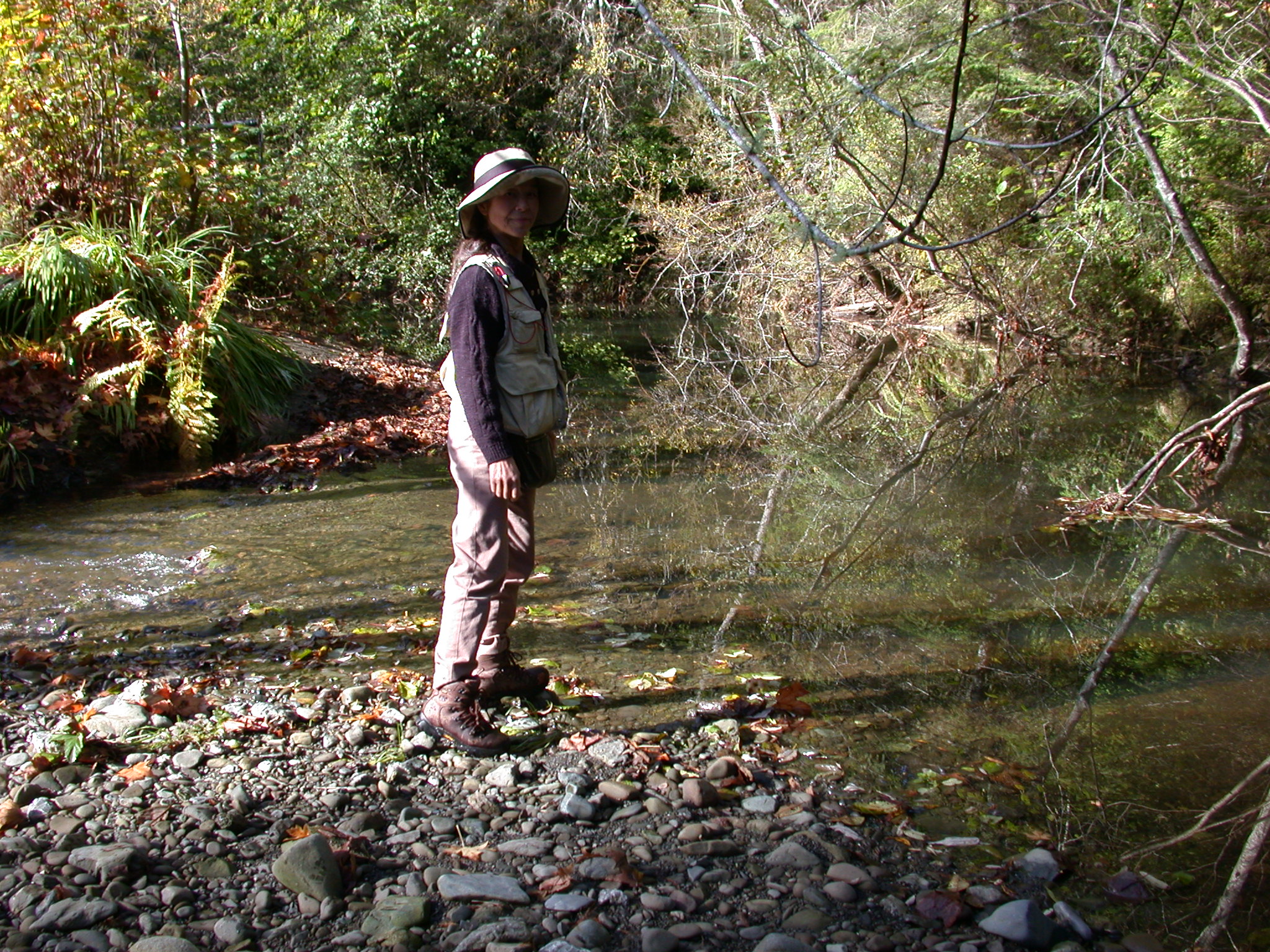 Our results found very high levels of both motor oil and diesel one-half mile downstream the day after the spill, with rapidly-declining levels detected after 2 days. Five days after the spill, no samples contained detectable levels—until a 1” storm arrived that afternoon, washing contaminants downstream from the banks as the creek level rose 1.5 feet.

Petroleum hydrocarbons can have a variety of impacts on aquatic organisms in freshwater ecosystems. Interference with reproduction, feeding behavior, and olfactory senses used for navigation have been documented in salmonids. Aquatic insects such as caddisflies and mayflies—important food sources for fish—are quite sensitive and can suffer from lethal and sublethal affects.

Although the most high-profile spills tend to be in marine and coastal environments, freshwater spills are actually more common and pose different challenges with regard to cleanup efforts. Cleanup efforts following this spill focused on the floating components of diesel, which were soaked up by absorbent booms and floating pads. The amount of spilled contaminants that adhered to sediment and gravel in the creek bed or escaped downstream into Humboldt Bay is unknown.

Many questions remain. How and why did this accident happen? Was it related to inadequate bridge maintenance, and if so, how many other similar bridges are at risk? What agency is responsible for taking the lead on responding to such spills? How could cleanup efforts and response times be improved for future spills? Humboldt Baykeeper would like to see a local Task Force established to plan for future spills.

For more info, go to http://www.waterboards.ca.gov/northcoast/water_issues/hot_topics/freshwater_creek_spill/pdf/07_0106_MRP_SteveWills_spill113007.pdf.

Our programs involve scientists, boaters, fishermen, birdwatchers, students, and other concerned citizens in the important work of protecting and enhancing water quality for the long-term health and enjoyment of our shared community. Our diverse supporters and volunteers provide us with a wide range of tools to use in tackling the health of our communities' waters.

Simply put, we work for clean water, which is essential for happy and healthy populations. Clean water supports healthier fisheries, which in turn support healthy bird and wildlife populations. For the human community around the bay and coast, this means more lucrative fisheries, as well as world-class birdwatching, bird hunting, and clean water for recreating, including boating, surfing, diving, and swimming. Our work requires the participation and commitment of our community.