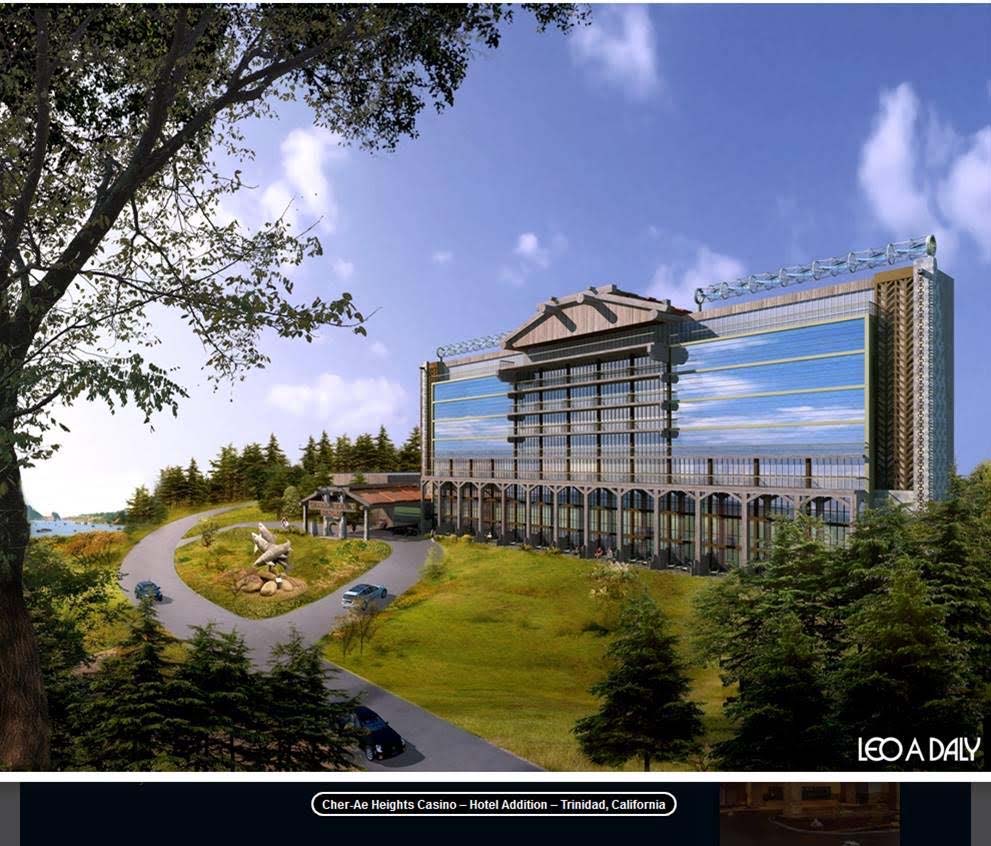 From our colleagues at the Humboldt Alliance for Responsible Planning:

The California Coastal Commission will hold a public hearing in San Diego next week (June 12) on the Trinidad Rancheria’s proposed 5-story, 100-room Hyatt hotel, which would rely on Luffenholtz Creek water and a septic system adjacent to the Cher-Ae Heights Casino on Scenic Drive in Trinidad.

Even though more than 1,200 people have signed HARP’s petition calling the project “wrong for the coast above Trinidad Bay,” and asking that the hearing be held in Eureka so local residents could attend, the developers refused. So the final decision on the largest development proposal Trinidad has ever seen will be made 800 miles away. And there no North Coast representative to represent local interests on the Coastal Commission, since the Governor has yet to appoint someone to fill that role.

For these reasons, it is very important that the Coastal Commission hear from local residents about serious concerns, including the height of the highrise hotel, the inadequate water supply, impacts to scenic vistas, increased traffic that will require a new Highway 101 interchange, and an on-site wastewater disposal system.

Please email the Coastal Commission by 5pm Friday, June 7, in support of the staff recommendation against the project for the following reasons:

· Visual impacts: The proposed hotel would be at least 30 feet taller than any other building in the area, and would be visible from Trinidad harbor and Trinidad Head — a National Coastal Monument. The height of the hotel must be reduced to protect scenic views from important coastal areas. Reducing the height would also reduce the number of bird strikes, which were not addressed in the Environmental Assessment.

· Inadequate water supply: The hotel project plans to pull water to serve 100 guestrooms from the City of Trinidad, but Trinidad still doesn’t know if has enough water to supply future needs, or whether the water plant could produce the additional amounts needed. The hotel developers have not even applied for a water connection, so there is no data on how much water they will need. The national standard for hotels ranges between 100 gallons per day per room, and 400 gallons per day, so the Hyatt would expect to need at least 10,000 gallons per day at a minimum. Trinidad’s water system relies on Luffenholtz Creek, a small coastal stream with flows that fluctuate seasonally. Trinidad does not have adequate water to supply the hotel. The Coastal Commission should not approve such a large hotel without a known water supply.

· Traffic: The proposed hotel, and the plan to triple the size of the casino, will obviously increase traffic in the City of Trinidad as well as on Scenic Drive. The developers say the added traffic will be handled by a massive Highway 101 interchange project, which is still far in the future and is very controversial in part because it would require the taking of private lands through eminent domain. This interchange will have its own serious impacts that are not addressed.

These are just a few of the reasons to turn down the Hyatt hotel proposal. Please email comments on the project to the Coastal Commission at This email address is being protected from spambots. You need JavaScript enabled to view it.by 5 p.m. on Friday, June 7. Put this in your subject line: Public Comment on June 2019 Agenda Item Wednesday 21a - CD-0001-19 (Bureau of Indian Affairs, Trinidad)