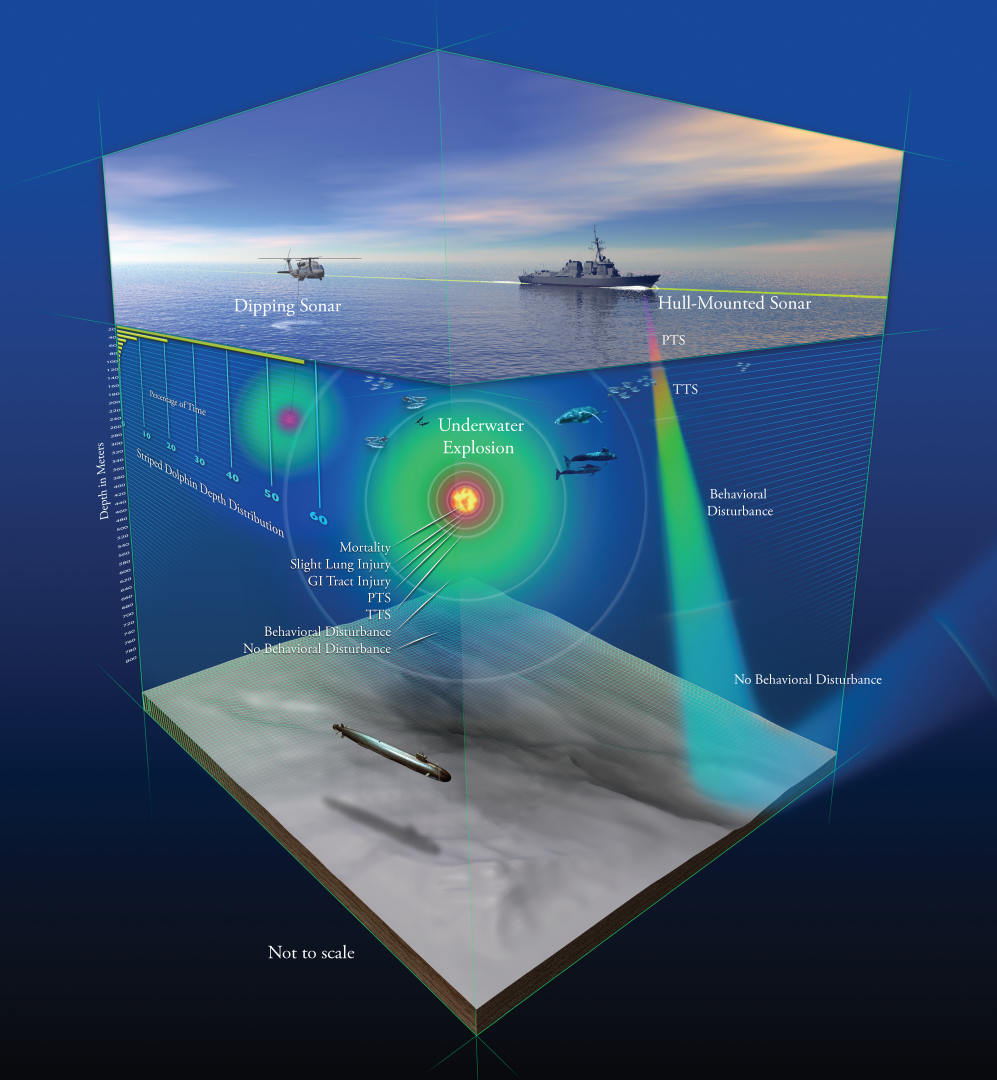 On May 2 at 5 pm, the U.S. Navy will hold a public meeting at the Red Lion Inn in Eureka to receive public input on environmental impacts of military training activities, including missile firing, aircraft patrols, and the use of sonar, which can cause hearing damage and changes in behavior among marine mammals, including Southern Resident orcas, blue whales, humpback whales, dolphins, and porpoises.

The area under review, known as the Northwest Training and Testing Study Area, stretches from Northern California to the U.S.-Canada border. The environmental review covers activities proposed over the next five-year period, 2020-2025.

In December, the U.S. Navy discontinued training and testing activities within 12 nautical miles of Northern California’s coastline from the Mendocino-Humboldt county line to the Oregon border following 3 ½ years of discussions with the ten Northern California Tribes that comprise the InterTribal Sinkyone Wilderness Council. These discussions were the result of a 2012 lawsuit over the National Marine Fisheries Service’s failure to protect marine life and areas of cultural importance.

People are urged to attend the meeting to support the Tribes’ concerns, since the Navy’s decision to suspend training activities off of our coast has not been finalized.

Comments can be submitted online through June 12.

For more details about the Navy’s plans, including public involvement, go to https://nwtteis.com.