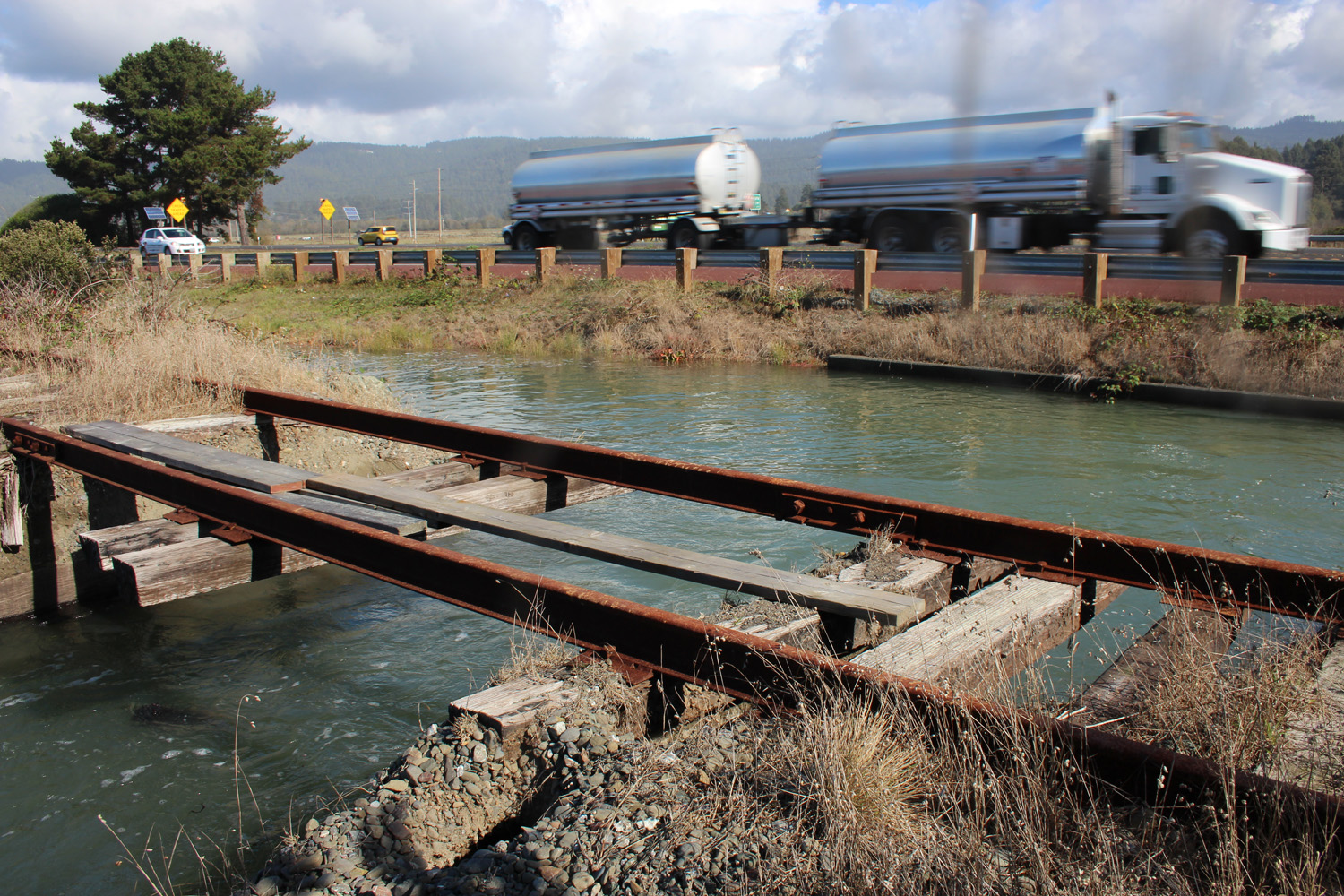 The CalTrans plan for the Highway 101 Corridor between Arcata and Eureka will be back before the Coastal Commission on Aug. 7 at the Wharfinger Building in Eureka. The project includes an interchange at Indianola Cutoff, a left-turn signal at Airport Drive, and closure of all other medians to prevent cross-traffic turns.

In 2013, the California Coastal Commission required CalTrans to build the Bay Trail, remove the billboards along the bay, and develop a plan for sea level rise.

With the Bay Trail North built, the Bay Trail South nearing construction, and many billboards removed, CalTrans is back - but without a plan for sea level rise.

The staff report released on Friday recommends that CalTrans develop a plan by 2030, or within a year of the first time the highway is flooded four times in a 12-month period. Of course, by the time that happens, it’ll be too late to begin the decades-long CalTrans planning process.

For nearly ten years, we’ve raised concerns about CalTrans’ plan to construct a highway interchange in a low-lying area along Humboldt Bay without consideration of sea level rise. Rather than spending the last 10 years developing a long-term approach – such as a causeway to elevate the highway and allow the bay to expand beneath it – CalTrans plans to apply 20th century solutions to 21st century problems.

CalTrans’ short-term sea level rise plan is to rebuild higher dikes. But the long-term impacts of “shoreline armoring” would be devastating to what little salt marsh remains around the bay – the marshes would basically drown unless there is a plan to allow them to migrate to higher ground as sea level rises. Salt marshes and eelgrass beds are critical habitat for many fish, shellfish, and migratory bird species, and are important for maintaining water quality.

Submit comments by Friday, Aug. 2 via email to This email address is being protected from spambots. You need JavaScript enabled to view it. with the subject line “Public Comment on August 2019 Agenda Item Wednesday 11a - Application No. 1-18-1078 (California Dept. of Transportation (Caltrans), Humboldt Co.)”

Attend the hearing on Wednesday, Aug. 7 at 11:00am at the Wharfinger Building, 1 Marina Way, Eureka. Or you can watch it live online.

Photo: An old crumbling section of a century-old earthen dike along the defunct railroad right-of-way is all that stands between U.S. Highway 101 and Humboldt Bay, Oct. 28, 2015. Photo by Nancy Stephenson for Humboldt Baykeeper's King Tide Photo Initiative.